You are doing, heaven is watching ... Buddha and Bodhisattva bless those who often abstain from killing 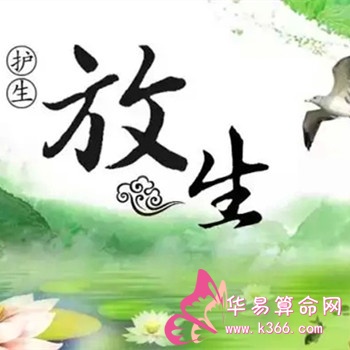 The Buddhist scriptures said that the Buddhas, Bodhisattvas, and the gods of the world would be satisfied and happy with the quitting behavior, and would praise the quitting people.

Maybe someone will think: will the Buddhas and Bodhisattvas know my desire to quit killing? About this, I believe that many people who have a little knowledge of Buddhist knowledge will easily answer.

In addition, people who give up can also get health. Of course, if the killing in the previous life is more important than the killing merits in this life, or for other reasons, you may still get sick. But those who swear to quit killing can even replace the great pain of going to hell, even if they are occasionally small.

Those who quit killing are still ear-conscious and five keen in their old age.

Fighting can also eliminate longevity and prolong life. When many people encounter life obstacles, they will be disturbed to ask the monks to recite many rituals. In fact, although chanting rituals have a role, the most effective method is undoubtedly quitting. By quitting, you can get rid of all life obstacles.

Many lay people adhere to the law of protection and recite various rituals such as King Gesar, but if they do n’t eat vegetarians, they will have very little effect; if they can quit killing vegetarians, they will miss them. Even if you don't read it, ghosts and gods like protecting the law will fulfill their responsibility to protect and care for those who quit.

The following is the personal experience of Buddhism "On the West Road": he tells his release story in the first person

On the westbound journey, I personally said: I am a teacher and I have believed in Buddha for many years, but I am not good enough. About the first half of last year, I started to make vows twice a month, and what I went through made me deeply feel the decisiveness and speed of release. A colleague of mine was inspired by Chen Xujushi ’s "Release for Three Years" and started to release. This article also made me and my aunt very encouraged. So I thought that if more similar articles could be spread on the Internet, it would definitely build more people's confidence to release and benefit all beings in the legal field. Therefore, I will also sort out my personal experience since my release and support it for everyone. I hope that more people will actively release their lives, benefit themselves, and become Buddhist.

I usually choose to release on the fifteenth and thirtieth of the lunar calendar (Zhuge Changqing: the release time should not be too restrictive, you can do it at will, you want to save people, as long as you can save people, you don't need to be too restricted), if you encounter Buddha, Bodhisattva Have more special days such as birthday. The starting amount is not large, and it feels economically tight, so each time it is 20-30 yuan. For more than a year, the amount of money on hand has increased, and the number of releases has started to increase, often ranging from 50 to 100 yuan. In the event of a major event, I would like to have a few hundred thousand more chances to have a special chance of presiding over the master. Personnel also range from individual to individual, collective, and online. Recalling the many benefits that have been gained since the release of more than a year, I have to lament the magic of release induction. Here are my responses over the past 9 months.

Since I believed in Buddhism for many years, I have always wanted to find a virtuous master to convert me to the three treasures and guide me to study Buddhism. But always can not meet the appropriate opportunity and feel the master of casting. Since the regular release, by March of this year, he was suddenly introduced and converted. From then on, I felt like a small boat anchored in the boundless bitter sea, and finally found a support. I originally saw in the book that as long as I practice well, my desire to be guided by good knowledge will be realized. I always feel that I have not worked hard, and I did not expect that the good destiny that came after the release came so fast.

In March this year, he successfully passed the in-service master's degree at a key university in the country. Before the exam last year, I was too busy to review English because of my busy work. I had to rely on the basics of 5 years ago to eat the old books without turning a word. When I felt guilty in the exam, I made a wish in front of the Guanyin Bodhisattva. If I can pass the exam successfully, I will release 2,000 yuan. After the results came out, all the other homework was pretty good, just 3 points on the line in English. I thought: It's dangerous. Without the blessing of Bodhisattva and the release of Weed, I'm afraid this time I will miss the master's degree.

Work has been particularly smooth since regular release. Leadership care, support from colleagues, and student anger. Successive replacement and promotion of two posts have made great achievements. In April this year, he passed the exam again and successfully participated in the training of higher-level reserve cadres. The final assessment was excellent, and honorary titles followed. You must know that in a school with many people, it is very difficult to get promoted and get a very limited honor, but all this seems to be realized logically. Seven good things are concentrated on me alone this year or so. What happened to me, I do n’t think it would be unimaginable to rely on personal effort without the induction of release.

Three years ago, I bought a house, a loan of more than 200,000 yuan, and paid a mortgage each month. At that time, I was so poor that I had to rely on more than 600 yuan to help my friends and children to help with homework. It wasn't until the last year or so that the surplus accumulated quickly. Especially this year, it was more than enough to pay off the money collected at home. Right now wage increases are imminent, and joy can increase the number of releases.

Although my wife did not convert, she still supported me in studying Buddhism. Occasionally, hundreds or thousands of them are released once or twice. Although I am busy with my work, I can often travel inside and outside the country, earning income in the middle and working hard. An aunt was asked to take care of the housework. The aunt was loyal and capable. She could be a tailor and cook a good meal, and she was good to her son. The whole family still gave her. My son is almost 5 years old. He looks cute, very smart, and obedient. He often follows me to release the baby. He also has great pity for small animals. He also said that he told his dad to learn Buddhism, and told his aunt not to buy meat dishes. I was basically vegetarian after I was born. I went to Huangshan in October and walked more than 10,000 steps by myself.

After regular release, I feel more comfortable, and often feel joy rising from my heart. He is also broad-minded. When thinking about problems, he often looks at the big picture and sometimes expands to the people and sentient beings. Clear thinking, increased eloquence, and better health, this winter is obviously less afraid of cold than last year.

I am thin and thin, and my facial features do not look like a blessed person. In 1998, before vegetarian chanting, I lost nearly 10 years of wages in futures, which was the hard work of my parents. The beginning of work was also not smooth, and the situation was almost at the bottom of the school. Everything was not going well. Later, the situation of being vegetarian, the Vajra Sutra, and the Great Tragedy began to improve. The situation worsened again. But from the beginning of the release, he quickly brought about good times, reasonable ideas, and almost achieved everything.

Master Yin Guang said: "Do not kill, let go, read Buddhism, and become a vegetarian. Those who do these four things can achieve what they want." It is true. I think it's like the four wheels of a car or two, which can carry people quickly to their destination. In fact, there are also my colleagues' magical induction of release. I think there must be too many things that benefit from release in this world, so I won't repeat them one by one. In the end, I wish you all a lot of release, and universally wish that all beings in the world be happy and suffering, and become Buddhas.