Many people are keen 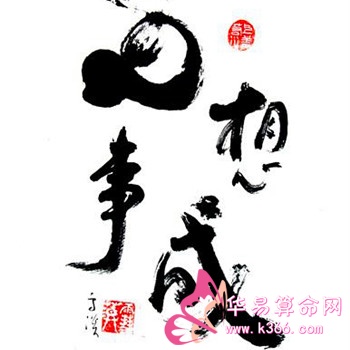 First, be vegetarian and advise people to be vegetarian. Now people have great problems in nutrition and treatment. I suggest that Buddhist disciples can go to study the Yellow Emperor's Canon of Internal Medicine, especially the part on Taoism. Now Buddhism promotes too little in promoting medicine to save people. As a result, Buddhist disciples have learned a lot of Dharma, but they are not used in reality. So you have to save people, and find it hard to do so. In fact, whether it is Dharma or Taoism, the most important thing is to save people. Most people have the best merit, and many people do n’t understand. No one can survive, how can you survive ghosts and animals. right. Release is also to save people. Releasing is to release, but it is recommended to focus more on saving people.

Water pollution is also serious. A lot of sewage was dumped directly into the river. Many factories are now very polluted. We never have to pay taxes to nature. But everyone is for money, and whoever cares about the environment always thinks that the environment belongs to others, and the economy must develop itself. I go to Zhiti Mountain and I like to pick up trash. A good sacred mountain, not so much pollution. People who care for the environment must be healthy.

I went to Jiuhua Mountain and other holy places and saw the garbage sweepers. I gave them special money. People and the environment are not separate but influence each other. Many people are sick. I suggest two things. First, go to the temple to clean the garbage and clean the toilet. Secondly, do not use disinfectants such as these water quality chemicals. Many people have it in the bathroom, which is very bad.

Third, non-dividend money is not made, and people are advised not to make non-dividend money. I have been talking about money recently. People's illnesses and general anxieties now arise from money and wealth. People used to say that as long as they make 30% of their profits, it is good to make money. This is in line with heaven. Too high, it is not auspicious. Many companies are keen to advertise, which is not good. It's misleading again. Although some money does not violate the law, even the state supports it. But monks must be cautious.

I have talked a lot about money recently. It is not that I exclude wealth, but that wealth must be appropriate. We are too lacking in the spirit of "deficit" of Taoism, and we all hope to get better and better. Don't be too aggressive, keep a moderation. A lot of positives are actually not auspicious. Learn to step back.

Now the media are publicizing how to make money and make big money easily. In this era, it is easy to evoke people's desire. It's not easy to be peaceful. We only see that money is convenient, but we don't see it. We are slowly losing many things, including wisdom, including physical health. The world is always fair. Money comes fast and goes fast. Now that I have money, I can go by plane. But walking is not enough. Sick, you can buy medicine, high-end medicine, but health is less. People in society are very keen on money. People in Buddhism will take a step back and don't be fooled by money. With the heart in the way, it can last long.

Not only worldly. A master said that he used to be a sutra and used to make a lot of money, but he couldn't keep it. Later, he did not do sutras and practiced well. He didn't have much money, but he could keep it. For money, we don't see the truth. Very bitter.

Many people release their lives for the sake of merit, or marriage, children, or health. I think if you can do the above three things, you will have sufficient merits. Especially on non-spend money. It is not easy to understand these non-dividends. Like killing fish and selling meat, working as a lawyer, doing finance, doing lottery, and even producing at the cost of environmental damage. There are many more, so not one by one. To judge these evils, it is good for you to cultivate the good that is born.