In the spring of the thirty-fourth year of the Republic of China (1945), the old monk Xuyun passed from Cloud Gate to Nanhua. At this time, there were two monks in Yunmen Temple, one with a ancient name Guguen, and one with a fax name, living together in a mortuary. 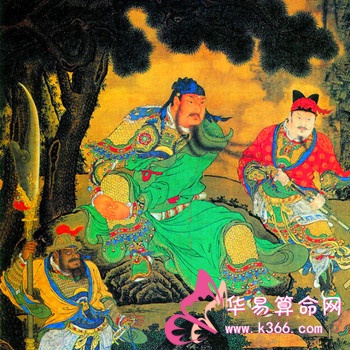 One morning, the morning bell rang, and both of them hadn't got up yet. After a while, the fax asked Guggen: "The bell has beaten and I can't get up to study the scriptures?" Guggen said: "I'm a bit sick. You Go! "The fax stretched a lazy back and said," Well! I'm too lazy to go, let's be lazy for a while. "The two continued to sleep again.

After a while, the latched door suddenly squeaked open last night, and a dark shadow rushed in with a cold wind. The two opened their eyes with a hazy look, but saw a head larger than their body. The palm is bigger than the head, the eyes are round, the face is wrinkled, the hair is mopped, and the ghost with exposed teeth. I saw the ghost reach out, drag the fax out of the bed, and tossed it to the ground, telling him: "The Bodhisattva opened the dojo and accomplished your practice, but you do n’t go to the temple to read the scriptures. I do n’t know how to be ashamed, I should hit!" Raised a huge palm, "Slap! Slap! Slap ..." Hit the fax ass fiercely. Gugu, who was in the same room, screamed, "Help! Ghosts are here to hit someone. Help ..." He shouted and banged on the bed with a stool to make a loud noise, and the ghost floated away.

The temple monk heard shouting for help, and ran with a wooden stick to see, Gugu was already scared and pale; the fax was beaten lying on the ground, his breath was rough, his body was full of words, and he couldn't speak. Everyone took the fax to the bed, took off their pants, and looked at it with an oil lamp. The whole buttock had been beaten with black stasis and edema. Everyone wiped it with medicine and healed for more than a month.

On the same day, the two monks, Guggen and Fax, moved out and did not dare to live in that room. The next night when the ghost sent a fax, there was a middle-aged monk named Daoming. He was of military origin and had martial arts. He volunteered and said, "Not afraid! I will live." I took a thick iron rod and went to sleep. On the fax bed. In the middle of the night, the latched door "squeaked" and opened again, accompanied by a dark shadow of cold wind. Daoming was awakened, remembering that he took the iron rod next to the pillow and wrestled with it, but if he was tied up and unable to move, the ghost said, "If you have bad intentions, you should become a Buddhist disciple. You should get rid of combative habits. I do n’t Hit you, if you do n’t repent, punish it again! ”The ghost went, Dao Ming regained his strength, and took the door, exclaiming:“ Help! Help! Help the ghost again ... ”

When the monks heard the news, holding a wooden stick to rescue them, Dao Ming was so frightened that he was leaning against the corner of the corridor. Everyone carried Daoming back to the room, and cooked brown sugar and ginger soup for him to drink, and then he breathed out slowly, telling everyone the story incoherently. Dao Ming rested for several days before he recovered his strength.

In April, the old monk Xuyun returned from the Nanhua Temple, and everyone reported that there was a ghost, and that house was afraid to live.

In the middle of the night, the old monk Xuyun sat and saw an old man in white robe and white clothes came to the front and respectfully said: "The disciples have lived in Houshan for hundreds of years. Some time ago, the master went to Nanhua to preach, and the disciples also just went out, grandchildren. Not bad, disturbing the Qing crowd, I have rebuked it, and today thank the teacher for the sin. "The old monk Xuyun said," Already there are different forms, and they are in harmony with each other, don't disturb the crowd now. " That doesn't happen again.

From Wei Sheng's "The Footsteps of the Old Monk Xuyun"