Bone fortune telling is a famous method of predicting bones by Yuan Tianyu, a famous astrological predictor in the Tang Dynasty. This method is the same as 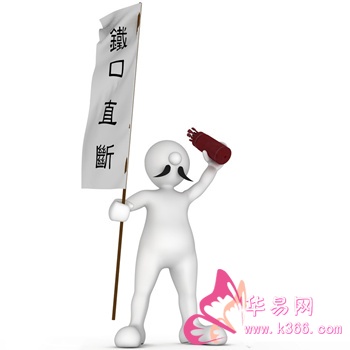 Every two hours in modern times is an hour in ancient times.

Twelve hours into modern hours are:

Short-lived non- karma is a big empty space.
Adversity is often in adversity, and hardships cannot be fulfilled throughout life.

(Two two two)
Cold and bitter, his life was pushed to beggars,
Toiled and toiled, living all year round.

(Two two three)
This destiny is so light that it is hard to get things done.
Wife, children and brothers promised that they were scattered elsewhere.

(Two two four)
This life pushes Fuluwu, and the suffering of the gate is always glorious,
The six relatives are all helpless, wandering as old men.

(Two two five)
This destiny pushed the ancestral industry, the gate court degree seems strange,
The flesh and blood of the six relatives is like ice charcoal.

(Two two six)
Yilu Lu begged hard in his life, and worked on his own,
When leaving the ancestor, it's better to plan early, and come to Yilu late in the evening.

(Two two seven)
It ’s hard to discuss things in life, and it ’s hard to rely on ancestors to make claims.
Solo horses are empty-handed.

(Two two eight)
Life seems to be fluttering, the ancestral industry is in a dream,
If you ca n’t change your name to a surname, you should also transfer to two or three links.

(Two two nine)
At the beginning of the year, Zengheng was not allowed.
It will not be until after Lent.

(Three or two)
Toiled and toiled, begging, what day to rest,
If you are diligent and thrifty throughout your life, you will avoid sorrow in your old age.

(Three two one)
Busy and eager for help, He Riyun sees the sun,
It's rare that Zu Ji's family can be established, and his middle-aged clothes and food are gradually worry-free.

(Three two two)
At the beginning of the year, it was difficult to get things done, and gradually there were sources of money like water.
When middle-aged, clothing and food flourish, then fame and fortune together.

(Three two three)
It was difficult to do things in the early years.
After half a lifetime, he went freely, and then he was transported to Shitou.

(Three two four)
What is the blessing of this life?
It is wonderful to leave the ancestor to become a monk and worship the Buddha in the evening.

(Three two five)
His life is not complete, and his ancestral roots are rarely transmitted.
Camp life should be old-fashioned.

(Three two six)
You do n’t have to work hard to make a living.
Blessed stars have always followed orders, and Ren Junxing goes to all directions.

(Three, two, seven money)
His life was impossible, and the brother seldom walked alone.
Although the ancestral heritage must be slight, it is unknown when it comes.

(Three, two, eight money)
His body and bones are the clearest and tallest.
When the year comes, thirty-six, the blue shirt will be taken off for a red robe.

(Three two nine money)
This life is unworkable, and everything is empty.
I worked hard to make a family, and then I was in a dream.

(Four or two)
His life is long and his heart is spontaneous.
The wind and frost have suffered a lot in the past, and he will certainly enjoy health later.

(Four two one money)
This life comes from a different, extraordinary ability.
There is a happy life in the middle age: no luck is better than before.

(Four two two money)
Be generous and generous, why not use frowns.
If the middle-aged fate comes, fame and fortune will come together at that time.

(Four two three money)
It is the smartest person in the human heart, and works close to noble people.
Yi Lu is destined for life, without having to work is prosperous.

(Four two four money)
Everything is demanded by Tianmo, knowing that blessing depends on people to cultivate.
In those days, the financial crisis was difficult, and the evening scene was glad.

(Four two five money)
What is fame and fortune? After a hard time running around.
Hit men and women are difficult to support, not much physical support.

(Four two six money)
Everything from east to west and north to south are all connected, and the surname is more comfortable.
Yi Lu is infinite, and the middle-aged evening scene is generally the same.

(Four two seven money)
In the end of his life, his wife Rongzi Gui is pleased.
The original life is full of blessings, but the source of wealth is like a water spring.

(Four two eight money)
In the early years, the fortunes never passed, and their lives were poor.
The six brothers have no dependants, and their careers come late.

(Four two nine money)
This life is not a blessing, and it is a self-reliance.
Admiration from the rich and rich has made the slaves live a lifetime.

(Five or two)
For the benefit of all day long work, many middle-aged Fulu also suffered.
The old one has a fortune star, which is no higher than before.

(Five or two money)
I Wing Wah knows everything, you do n’t have to toil yourself.
The brothers, uncles and nephews all wished, and the family business became good.

(Five or two money)
I Heng can do everything without having to work hard.
The clan is very happy, and the family is rich and proud.

(Five two three money)
This case pushed Fu Zehong to establish his family.
Lifetime food and clothing arrangements are set, but it is a blessing on earth.

(Five two four money)
This case is detailed with Fu Zehong, and the poems are full of success.
It's a blessed person to have plenty of food and clothing.

(Five, two, six money)
This grid pushes Liyitong, a blessing for Fu with infinite use.
I have tasted both sweet and sour, and the wealth is abundant.

(Five, two, eight money)
Life and food come naturally, fame and wealth are both rich and rich.
The title of the gold list came to the top, and the purple robe jade took away the golden order.

(Five, two, nine money)
Pushing this Ge Xiu and clearing, you must be a high academic success.
There should be a point in the first place, and the whip was gone.

(Six money)
The title of the gold list was fast, showing that the ancestor Rongzong was a great success.
There must be no shortage of clothing, and the richness of the pastoral wealth.

(Six or two money)
Not to be a guest of North Korea and China, it will be the rich man in the world.
The clever Tianfu scriptures are familiar, and the famous gown is proud.

(Six or two money)
This life is a blessing, and reading must show his parents.
The purple jade belt is the prime minister, the rich and the rich are the same.

(Six two three money)
The Lord was named Fulu Chang, and he was rich and rich.
The title "Yan Pagoda" passed the gold list, showing that the gate of the court was rising.

(Six, two, four money)
This authority is not to be taken for granted.
Who can get rich and rich? Last name Liu Yang surname.

(Six two five money)
Carefully push this life, blessing is not trivial, rich and glorious and contentious?
The Anbang people are very famous, and the prestige is remarkable.

(Six or two money)
There is a blessing in this world, and the pile of gold and jade is full of spring.
The rich and the rich are bound to be born, the title of the gold list is even more pro.

(Six two seven money)
This life is a blessing from Zihong, and the pastoral family business is the most prosperous.
He is full of life, and he is well-versed all the way.

(Six two eight money)
Wealth and wealth are demanded by Tianmo, and everything needs to be done.
Ten years later, the ancestral heritage has remained forever.

(Six two nine money)
Jun is the Fulu star in the world, and his life is rich and wealthy.
After all, Yi Lu was determined by heaven, and enjoyed a lifetime of prosperity.

(Seven two)
This life is not a trivial matter, why worry and work hard.
Ronghua is rich and rich.

(Seven two one money)
This life made a big difference, and Gong Hou Qing was among them.
A happy life of his own, rich and glorious.

Application time-3 o'clock to 5 o'clock in the afternoon;

Example: A person was born on the first day of the first month

Jiazi year bone weight one or two or two

Five dollars on the first day

A child weighs one or two or six dollars

Yuan Tianzhang: a native of Chengdu (now Chengdu, Sichuan) in the early Tang Dynasty. The good style of Jian, tired of experience, Zeng Shi in Sui, the salt order. In Tang Dynasty, it was a volcanic order. Author of "Liu Ren Lesson", "Five Elements Photo Book" and so on. Tong Zhi's descriptive work, there is a volume of "Yi Jing Xuan Yao". For a long time.

Note: Add the weight corresponding to your year, month, day and time, and then weigh the bones .