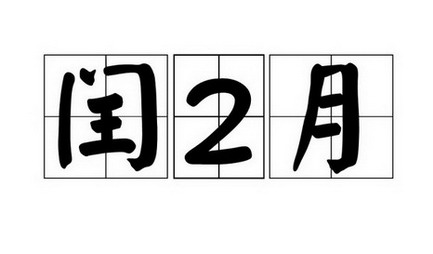 闰 February : 闰 February is a medium-frequency leap month. Suppose there are two Februarys in a lunar year, and the second February is February. The earliest year of the Spring Festival and Dragon Festival is usually February. It's all because the period of the sun and moon rotating relative to the earth is not caused by whole days. The solar calendar is also called the solar calendar, with the return year as the basis of the calendar. Since the length of the return year is equal to the 365.2422 average solar day (ie, 365 days, 5 hours, 48 minutes, and 46 seconds), it is not a whole day. Therefore, the Gregorian calendar takes 365 days as the usual year, which is the "average year". In order to clear the gap between the actual return year and the year of the Gregorian calendar, the Chinese calendar uses the method of "setting" to increase 97 days in 400 years; or every four years, one day is added in February. This is the "leap year" of the Chinese calendar and the solar calendar. "闰 February".