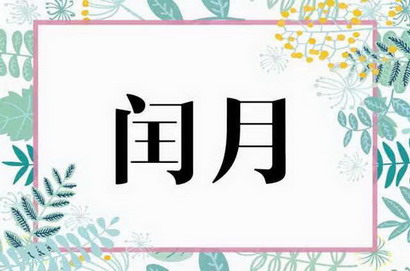 闰 September : If there are two Septembers in the lunar year, the second September is called 闰 September. September is the rarer month. The next year of the September year is the latest year of the Spring Festival, because the dates of the Spring Festival in August and the months after August are usually January 31 or February 1. Around the 21st century, the leap month was relatively scarce in September, and it was not in the 20th, 24th, 25th, and 27th centuries (though the frequency of 闰 September has gradually increased over time). Of the 200 years before 2020, there were only 1832 (the year of the Renchen) in the 19th century and 2014 (the period of the Sino-Japanese War) in the 21st century, and the 22nd century will appear in the year 2109 (the year of the leap year).